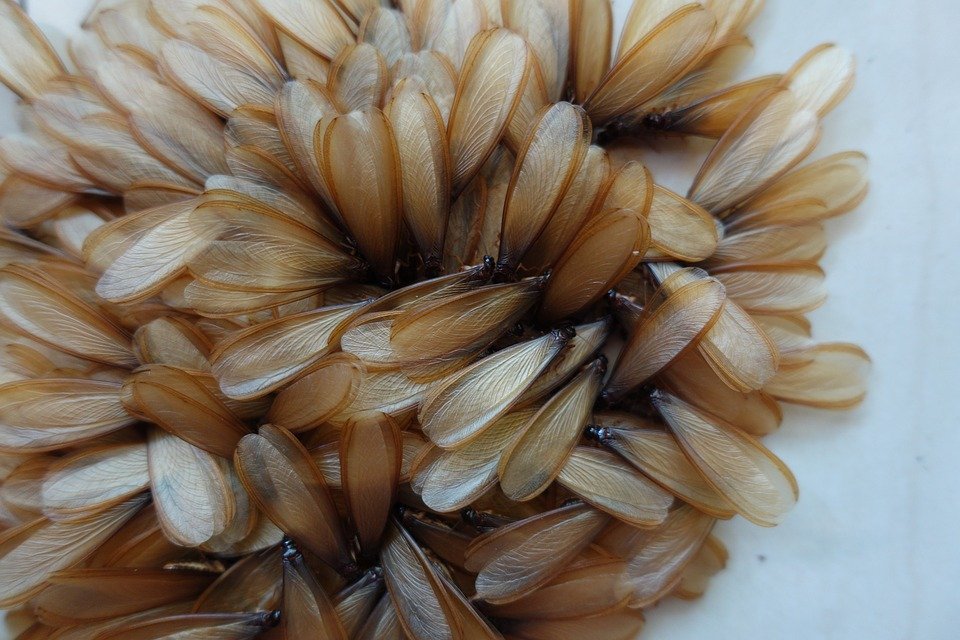 Termites can be confused with carpenter ants as they have many common similarities but with proper knowledge one can tell the difference between the two. Both are extremely structural in their aptitude to decompose wood and other cellulose materials but termites actually eat away at the cellulose material unlike carpenter ants who simply excavate it. There are two common types of termites that are specifically known here in the Pacific Northwest. These are the Western Subterranean Termites and the Pacific Dampwood Termites.

The Western Subterranean Termite is commonly found east of the Cascade Mountain ranges and they can be a serious problem for homeowners. These pests devour internal sections of common building timber like Douglas Fir, leaving you with a honeycomb like shell that causes the timber to lose its structural integrity. If the timber still contains moisture, you’re likely to find termites working within their internal framework. Considered one of the destructive termites in North America, they cause millions of dollars in damage throughout the areas in which they are located. Termites in general often go undetected for long periods of time but these Western Subterranean termites can be even harder to discover as they typically live underground or near the base of homes. Even with a concrete foundation there are still easily accessible access points for these tiny pests to get to their food source.

There are a few common signs that specifically identify termites, especially in comparison to their often mistaken neighbor, the carpenter ant. As mentioned before, carpenter ants excavate the wood material they build tunnels through. Termites actually consume it. Because of this, one sign that you have termites is if you spot tunneling systems anywhere there is a wood source. Carpenter ants leave behind the decomposed wood as they chew through their tunneling system creating a smooth appearance, whereas termites plow through the wood leaving behind rough, jagged edges. Western Subterranean termites in particular are most commonly recognized by the mud hills they build, which are used as a way of accessing their wood source from the ground level. Pacific Dampwood termites however are more likely to be recognized by their wings that are discarded when they leave in search of establishing another colony. Spider webs seen with termite wings can be a sign that termites may be nearby.